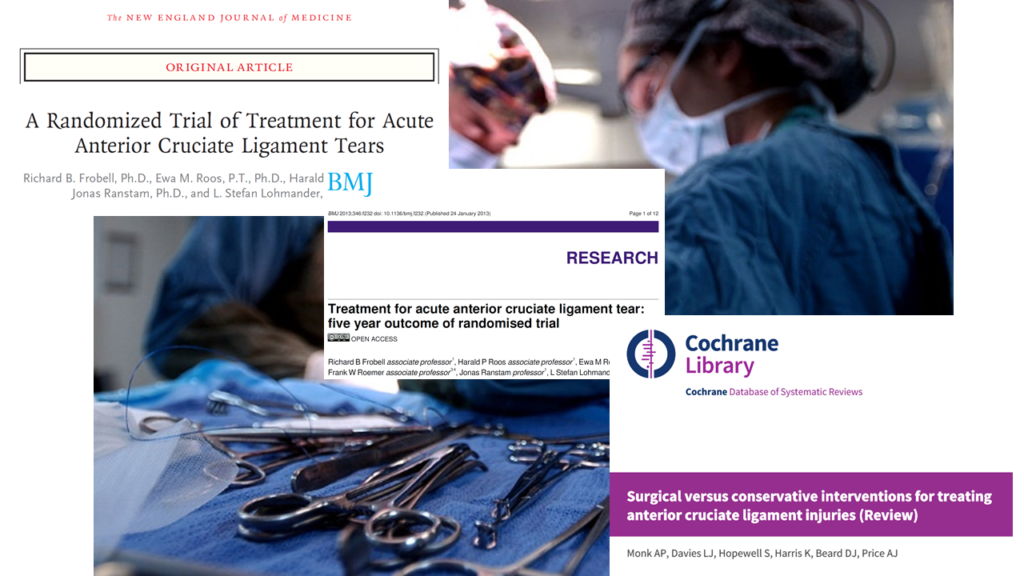 “Having an ACL reconstruction does not mean you automatically go back to playing sport” – Dr Clare Adern, September 2016.

In the lead up to the 2016 Sports Medicine Australia Conference at the Melbourne Cricket Ground in October, I had the pleasure of speaking to Dr Clare Ardern, a Post-Doctoral Researcher from Linköping University in Sweden. She will discuss ‘return to sport’ as part of a symposium at the conference, and provided me some great insight on the topic in our interview.

The whole interview will be published on the very popular BJSM podcast next week so watch out for this. For now, here is some valuable insight into whether surgery is necessary for a return to sport following an ACL injury.

“There are many many different reasons why an ACL reconstruction (surgery) is appropriate.”

Athletes commonly choose to have surgery following an ACL injury in an attempt to return to sport. “We need to be thinking a lot about whether that is appropriate” says Dr Ardern.

She published a review in the British Journal of Sports Medicine on return to sport following ACL reconstruction surgery. This review found just 45% of athletes returned to competitive sport following surgery. “Having an ACL reconstruction does not mean you automatically go back to playing sport.”

Just as importantly, when we look at the evidence, some athletes can return to sport without surgery, says Dr Ardern. There are two main treatment options available to someone who has recently injured their ACL:

A study in Sweden reported that both treatment options can result in a successful return to sport. There does not appear to be any benefit for early surgery at either two or five year follow-up. Dr Ardern says it is important to note that this research involves the typical young active population who most commonly injure their ACL and present to private practices and public hospitals for treatment. Factors to consider when making the decision on whether to have surgery for an elite athlete may be different.

“It is a different decision making process for that (elite) athlete than our non-professional athletes.”

Regardless of the athletes ability, it is clear talking to Dr Ardern that ACL injury and surgery do not go hand in hand as has commonly been believed. I look forward to hearing more in Melbourne in October about how to decide when surgery might be appropriate for patients who have suffered an ACL injury.