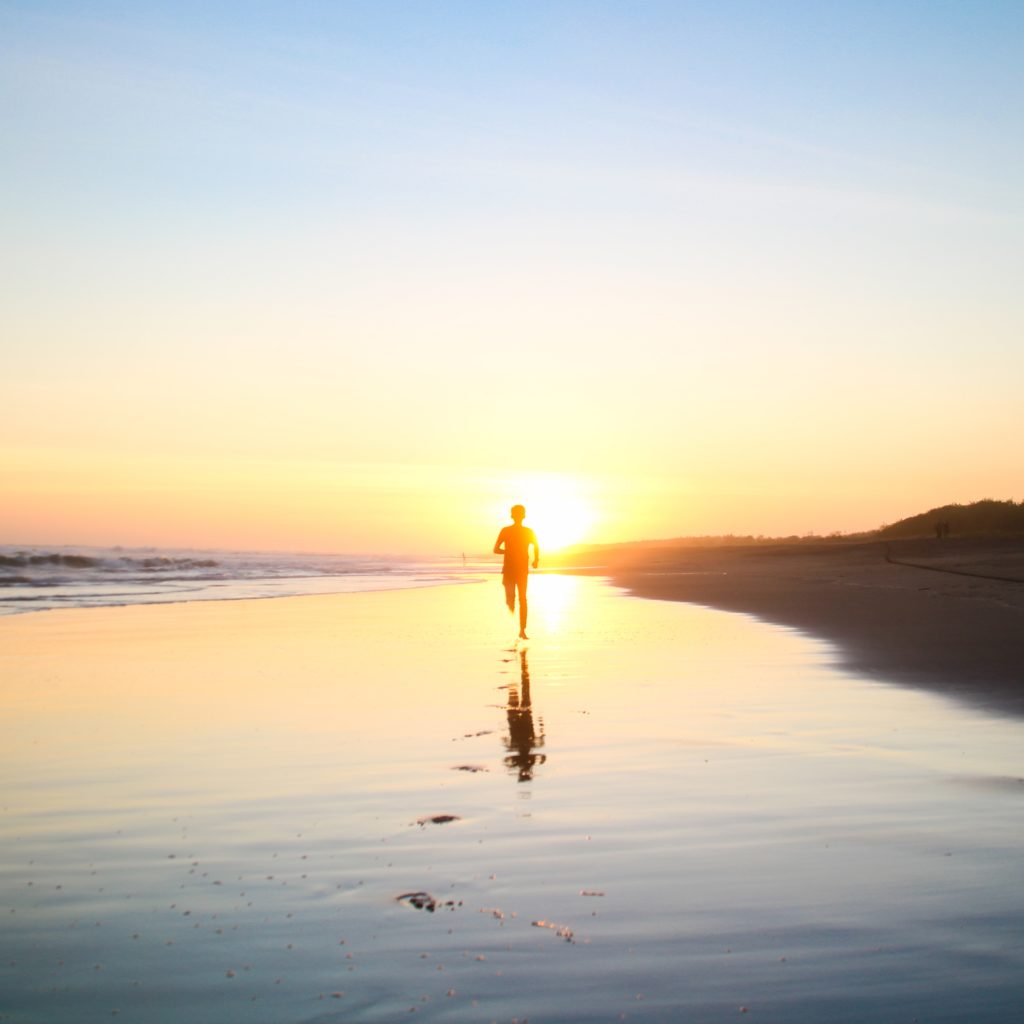 The publication of Born to Run by Chris McDougall in 2009 led to a significant increase in the interest in barefoot running and its proposed benefits to runners.1 Initial interest was largely due to anecdotal evidence that suggested barefoot running encourages a more natural running gait, which in turn was proposed to better distribute impact forces, increase proprioception and lead to improved foot and calf muscle strength.2 These changes, in comparison to traditional shod running, were suggested to reduce running-related injury risk.2 Central to this theory is that transitioning to barefoot running will result in the adoption of a forefoot strike pattern.2  Subsequently, footwear manufacturers developed and marketed minimalist footwear designed to mimic barefoot running conditions.3 The number of research studies published on this controversial topic increased rapidly alongside the growing interest in barefoot running and minimalist footwear. Importantly, this research has highlighted individual, varying, and often-unpredictable responses when transitioning from traditional running shoes to barefoot or minimalist footwear running.

Simply taking your shoes off does not guarantee a forefoot strike pattern.

Not all runners will automatically adopt the running technique changes associated with reduced loading rates and subsequent injury risk when running barefoot.4,5,6,7,8 In fact, even in habitually barefoot Kenyan populations, studies have shown significant variations in foot strike patterns when running at a self selected ‘endurance’ pace.9,10

In those who do not adjust their foot strike pattern and continue to land on the heel, impact and vertical loading forces can be up to seven times greater than when running in shoes.11 It is important to note though that research linking increased impact and loading forces to running injuries is conflicting.12,13,14

In those runners who do transition to a forefoot strike with barefoot running, biomechanical changes reported include reduced stride length1, increase step rate1; and increased knee flexion and ankle plantarflexion at initial contact.4 These biomechanical changes may all be therapeutic for some running-related injuries via reduced load on the knee and patellofemoral joint, shins, and the plantar fascia.1,4 However, there are currently no studies which demonstrate that barefoot running will reduce your risk of running injury.5

Load does not disappear.

What about minimalist shoes?

Minimalist footwear is defined as “footwear providing minimal interference with the natural movement of the foot due to its high flexibility, low heel to toe drop, weight and stack height, and the absence of motion control and stability devices”.17

Running in minimalist shoes has been reported to increase step rate, decrease stride length, and lead to a greater proportion of runners adopting a mid-foot or forefoot strike.8 Similar to barefoot running, this may help reduce load on the knee, but is also associated with increase load on the calf, Achilles and foot.8 Additionally, like transitioning to barefoot running, biomechanical changes vary greatly between individuals.18 Injury rates during transition to minimalist shoes have been reported to be as high as 86%.19 Even a slow transition to minimalist footwear (5% increase in total running volume per week over 26 weeks) was associated with increased running related calf, Achilles and knee pain.8 Importantly, there is currently no research evidence which demonstrates a difference in injury rates between conventional running shoes and minimalist footwear.6

What should runners do?

Running injuries can have a multitude of causes. The highly unpredictable and individual variation in biomechanics when transitioning to barefoot or minimalist shoe running, makes definitive statements about potential benefits impossible.

From an injury risk point of view, runners should understand that there are safer and more effective interventions than changing running shoes to reduce risk of running related injury.

Careful management of training loads20, consistent strength training21, ensuring adequate recovery (i.e. sleep) between running sessions22, and improving running biomechanics through specific coaching of technique23 have been reported to be effective. Recent research also shows that runners are be able to reduce vertical loading rates and braking forces via real-time biofeedback, without changing foot strike pattern or footwear.24 These findings were demonstrated in a group of 12 female recreational runners who underwent a treadmill based technique retraining program (8 sessions over 14 weeks) as part of a 15-week half marathon training program.24 Importantly the retrained gait pattern was incorporated into each runner’s natural running pattern at the completion of the training program.24 These results are promising but further investigation is needed to assess whether it may be an effective injury prevention strategy for recreational runners.

Runners should consult a health professional who has experience working with runners for advice on reducing injury risk specific to their individual circumstances.

An important final consideration is that barefoot and minimalist shoe running may have performance implications, with reduced shoe weight linked to improved running economy,25 reduced oxygen uptake (VO2 max) and metabolic demands at a given pace26. Uninjured runners considering a transition to minimalist or barefoot running to aid performance should first weigh up the significant injury risk faced during the transition phase. Body weight, previous injury, strength, flexibility, and running technique may all influence a runner’s response during transition.6 Current research indicates that there is no one safe transition approach that is appropriate for all runners.6 Transition should be guided by an experienced health professional or running coach and be based on individual circumstances, including running experience and injury history.6 Inclusion of coaching to improve aspects of running technique related to increased injury risk and strengthening exercises targeting key muscle groups (i.e. the calf muscles) is recommended to reduce injury risk during transition.6