Skip to content
Exercise - May 11, 2018
5 myths about strength training and endurance running 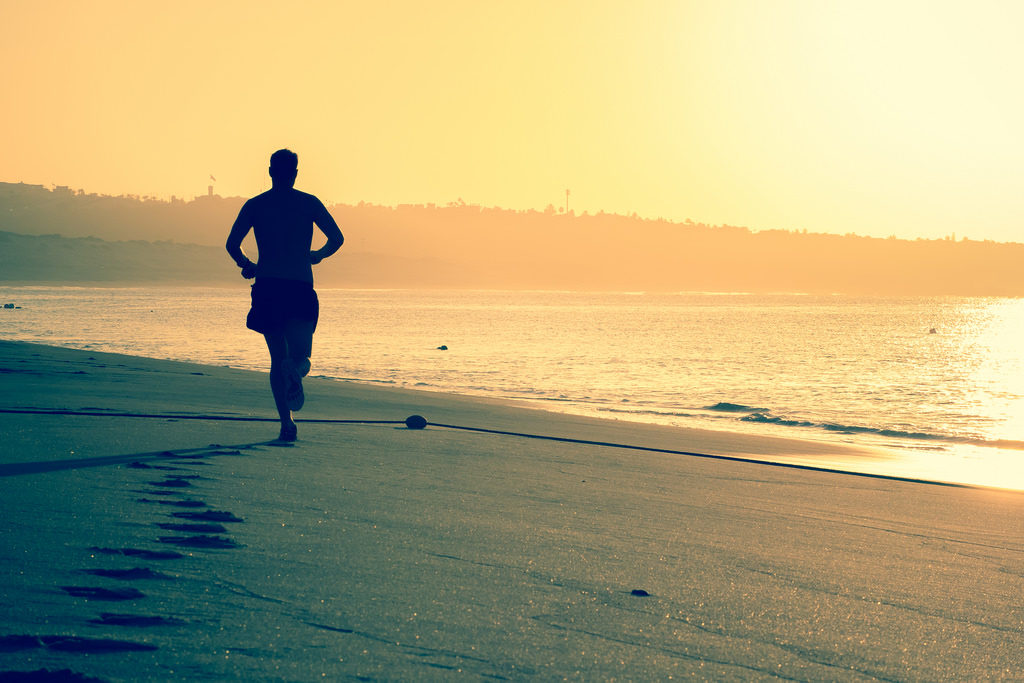 Although research has shown resistance training has a multitude of health benefits and reduces risk of overuse injury in athletes by about 50%, many runners skip the weight room in favor of putting in more kilometres. Here are some of the most popular myths about strength training for runners. Are they keeping you out of the weight room or from gaining the most benefit from your current resistance training sessions?

A common misconception is that resistance training will result in weight gain, resulting in a decrease in running performance. However, total body mass does not increase when resistance training is added to an endurance running program. Further, improved running economy (the amount of oxygen consumed at a given pace), and faster running performances are observed in runners who add resistance training to their training routines. For instance, 6 weeks of heavy weight training (2x per week, 4 sets of 4 reps, using a weight that corresponds to 80% 1-repetition max, for exercises such as lunges and heel raises) improved 5-km race times by nearly 4% in moderately trained runners. In contrast, no changes were observed in a control group of runners who only participated in endurance running.

2. Strength training should be high rep, low weight to mimic the endurance demands of running

While heavy strength training results in improvements in endurance running performance, the same effects have not been observed with light, circuit-type resistance training (3 sets of 40-45 seconds of continuous repetitions of lower limb exercises). Furthermore, desirable tendon qualities, such as tendon stiffness, improve the best with slow, heavy resistance training. In contrast, low-weight, high-repetition resistance training has minimal effect on tendon stiffness. The time a muscle is under tension, with adequate rest between sets (2-3 minutes), seems to be important factor in eliciting beneficial adaptations in a runner’s musculoskeletal system. Runners should complete a preparatory phase of 2-4 weeks with 2-4 sets of 15 repetitions per exercise with lighter weights prior to beginning a heavy resistance program.

3. The gluteal muscles (“glutes”) are the most important muscles for running

While the gluteal muscles are important for running, the calf and the thigh muscles are actually more responsible for supporting our bodies during running. In fact, the calf musculature contributes about 50% of the torque that supports our body during endurance-paced running. Interestingly, our ability to push off with our calf muscles declines about 31% between 20 and 60 years of age. The decline in calf muscle performance is a major contributor to a shorter step length (shuffling pattern) during running that is commonly observed in older runners. Therefore, a comprehensive resistance program should target the calf, thigh and hip muscles, with the calf musculature requiring extra attention in the masters runner. There is also some suggestion that maintaining running volume and running intensity as we age can help reduce the age-related decline in ankle push-off during running.

5. Runners should do multi-joint exercises that are “functional

y doing multi-joint, “functional” exercises. But, “good mechanics” practiced during resistance training exercises do not seem to transfer to running (see myth 4 above). In fact, single-joint exercises may be preferable to attain running-relevant levels of muscle forces. For instance, a single leg squat is a great strengthening exercise for the hip and thigh muscles. However, a squat minimally loads the calf muscles and requires far less ankle range of motion than what is typical during running. In contrast, a single leg heel raise isolates the calf musculature and enables the runner to move the ankle through a full range of motion. The Achilles tendon, which transmits muscle forces from the calf musculature to the heel, can experience forces as high as 6-8x a runner’s body weight during running. Therefore, a runner’s resistance training program should consist of a mix of multi- and single-joint exercises to ensure that their muscles and tendons are loaded adequately.